Timing is Everything - Delivering on Comedy 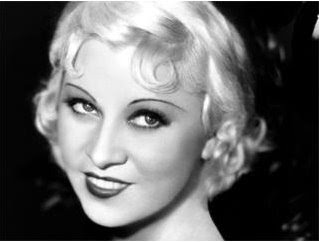 Rehearsals have been underway for a few weeks now and Puss and Boots is shaping up very nicely. Our Performance Plus class is doing a remarkable job of refining the show, adding the songs, and getting that ever-important comic timing down pat.

During rehearsals, I am very mindful of the generation gap that is developing between me and the young people who we direct. While they are smart, much smarter than I am, or was, or will be, and while they have a vast knowledge of music, including 'classics' that I am very familiar with, we have a big gulf in communication when it comes to what is funny. I read an interview of Martin Short last week. He said that comedy is generational, and that it has to be... maybe that is true. But how do you explain comic timing to someone who has never seen the old shows that you grew up on? 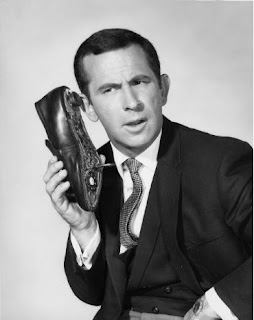 My generation had the 'benefit' of less affluent television stations. They could not pay for new movies. We got black and white movies from the stone ages. You know, movies starring Charlie Chaplin, Buster Keaton, or the Keystone Cops. The Little Rascals was a primer for comedy.

Teaching comedic timing is very difficult, but watching it is easy - if you get good comedy. Just as we watch dramatic actors and learn their techniques and methods, we need to be sitting our kids in front of some of the solid comedians that have come and gone, and learn their lessons.

Try some Laurel and Hardy or Three Stooges, some Carol Burnett or Lucille Ball, some Jackie Gleason, some Jack Benny, some W.C. Fields and Mae West, some Groucho Marx and his brothers.

Didn't they teach us that funny stuff happens in three beats? Didn't we learn from them that if your inflection rises during a line, and you put a beat before the next word, then it's funny?

Can you imagine those lines without the build?

Comedy is slow. Anticipation is the most delicious aspect of it. 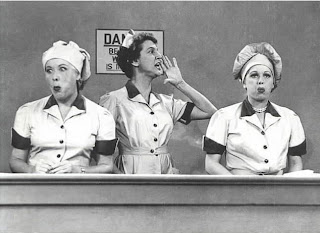 Lucille Ball eating chocolates off of an assembly line is one of the most famous moments of television. The thing that made that a brilliant comedic piece instead of a disgusting show of gluttony or an alarming pathetic tragedy is all in the timing. Compare that to 'Just for Laughs: Gags' and tell me that things have not slid in a downward spiral on the small screen.

More recently (although not yesterday!) Ellen Degeneras and Tia Leone also are excellent comic actors. Bob Newhart... I am trying to name people who are not profance or inappropriate for young people in hopes that they will get seen by actors who can benefit from a good laugh and an entertaining lesson.

Too often, shocking behaviour, creative use of foul language and zany antics are accepted as comedy. There is a pleasant way to learn about comedy. Be a consumer of the 'good stuff'.

Treat your family to some vintage films and watch the masters at work.