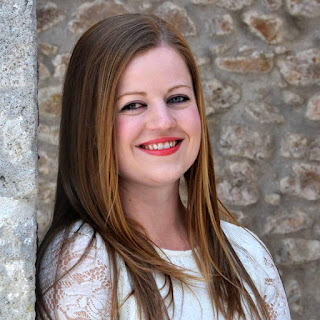 Kristen English is an enthusiastic soprano from Lindsay, Ontario. She holds an Honours Bachelor of Music in Voice Performance and Music Education with a minor in French from Wilfrid Laurier University as well as a Bachelor of Education from Queen’s University. Kristen currently resides in Kingston, Ontario, where she is a soprano section lead in the Kingston Choral Society, the Melos Ensemble and Period Instruments and the St. Andrew’s Presbyterian Church choir, and is a member of the Martello Alley Cats.
She currently works as a French teacher at the River Falls Grade 2/3 Class where she teaches the Waldorf curriculum, as an occasional teacher with the LDSB, and as a private voice teacher. Last year, she was the choral teaching artist for Sistema Kingston.
Kristen was a Young Artist for the Arcady Ensemble’s 2014-2015 season. While at Laurier, she performed the role of Barbarina in W.A. Mozart’s Marriage of Figaro (2013) as well as the partial roles of Gretel in E. Humperdinck’s Hansel und Gretel, Despina in W.A. Mozart’s Cosi fan tutti and Servillia in W.A. Mozart’s La Clemenza di Tito (2012). Kristen has a passion for oratorio and has performed as a soloist in Handel’s Messiah (2015), J.S. Bach’s Mass in A Major (2013), and G. Fauré’s Requiem (2012). As a chorister, Kristen has extensive experience, having performed large works with the Peterborough Singers, Laurier Singers, and Arcady choirs. She was a member of the 2014 National Youth Choir and a six-year member of the Ontario Youth Choir (2008-2013). 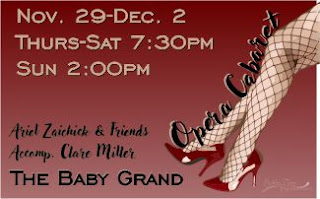 Kristen’s favourite piece in the show: “Vive le vin because I love the boisterous energy. It's exciting to sing and gets my heart pumping!”
Don’t miss Kristen’s gorgeous singing by purchasing your tickets through the Grand Theatre Box Office online, by phone 613-530-2050 or in person 218 Princess Street.

Posted by Anne Marie Mortensen at 10:11 AM