“'Fortunate Son', Matthew Woodward, to be Special Guest in Tribute to CCR

Kingston, ON – Local guitarist, Matthew Woodward, has been invited to join Green River Revival for a few songs at The Grand Theatre when they present Canada's most acclaimed Creedence Clearwater Revival tribute on Friday May 29. 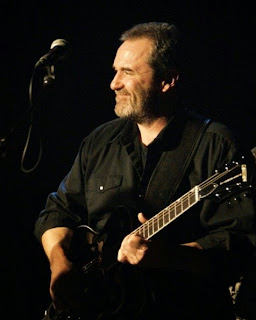 Woodward, a well-known Kingston musician and teacher, has played with The Gaudi Birds, Weeping Tile, Wild Blues Yonder, and The Ila Vann All Stars(Dan Ackroyd)-to name a few. He as a founding member of K-Rock 105.7 FM's Local Talent Development Board and of The Kingston School of Music and now has his own teaching studio. He is also an active fundraiser and events creator. His organising efforts in the 1990's with the Live Music Lover's Weekend earned him a volunteer of the year award from the United Way in 1994. His benefit concert for Haiti raised over $16,000, and he has served on the board of The Joe Chithalen Memorial Music Lending Library. While his list of bands, events, and causes, is endless, he still gets excited to be on stage.

When asked about his upcoming guest spot, Woodward said, “I'm really looking forward to playing with the boys! I am good friends with the drummer, Brian Jennings, and this is going to be a great show.”

Green River Revival has been bringing the CCR experience to North American audiences for many years, and have toured from Newfoundland to British Columbia, Manatoulin Island to Mexico City. Their show incorporates a storyline that presents all of the hits from Creedence Clearwater Revival. 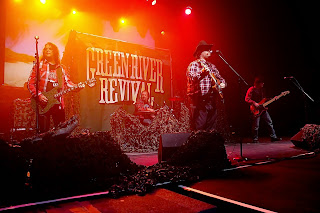 Band leader, Joe Brett, is happy to have Woodward come to the stage and play along with some of the numbers. “The show is full of nostalgia and fun – the audience sings along and we are hoping that Matthew's presence will make them feel all the more at home.”

You don't have to run through the jungle to get tickets for the May 29 show! They are available through The Grand Theatre Box Office by phone (613-530-2050) online (kingstongrand.ca) or up around the bend at 218 Princess Street.