Why Elocution is Important 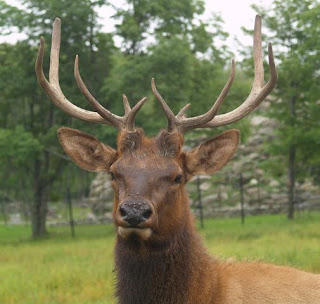 Every day, in every class that we teach, in every rehearsal that we direct, Charles and I take time to correct actors' speaking habits.

We live in Kingston, so in our daily lives, we say 'ahl' as the contraction for 'I will'. ("Ahl go'd'the store.") We say 'gunna' instead of 'going to'. And don't let's forget that classic American interpretation of Canadian accents' 'aboot'. I could go on 'aboot' how I never hear us say it like that, but we do say it differently - and it's hard to write a phonetic approximation of 'about' - so I won't. You will just have to find a Canadian and ask them to say 'Out and about'. In addition to that classic mispronunciation,  lots of terminal consonants are dropped entirely, and words blend together without the distinction of where one ends, and the other begins.

This is all fine, when you are speaking to others with the same accent, but on film and especially on stage, actors need to be clear. Writers don't create work so that it can be tossed off  by an actor with a mouthful of mashed potatos. Audiences and moviegoers can forgive missing a little bit of visual action, because they can make up for it fairly quickly and comprehend the story unfolding, however, if they don't hear or understand what has been said, they will spend time immediately trying to decipher those words. In that process, they lose the next lines, because they were not paying attention, and the thread of the story gets dropped.

I heard an unfortunate radio announcer talk about the overpopulation of elk in a neighbouring township. The solution was to open the hunting season up to include a number of the unfortunate animals. Imagine our shock, when the announcer forgot her best practises and mangled her announcement that there will be an 'elk hunt' in the fall! (use your imagination)

So, please consider the poor unfortunate elk, and speak clearly. We can teach you how.